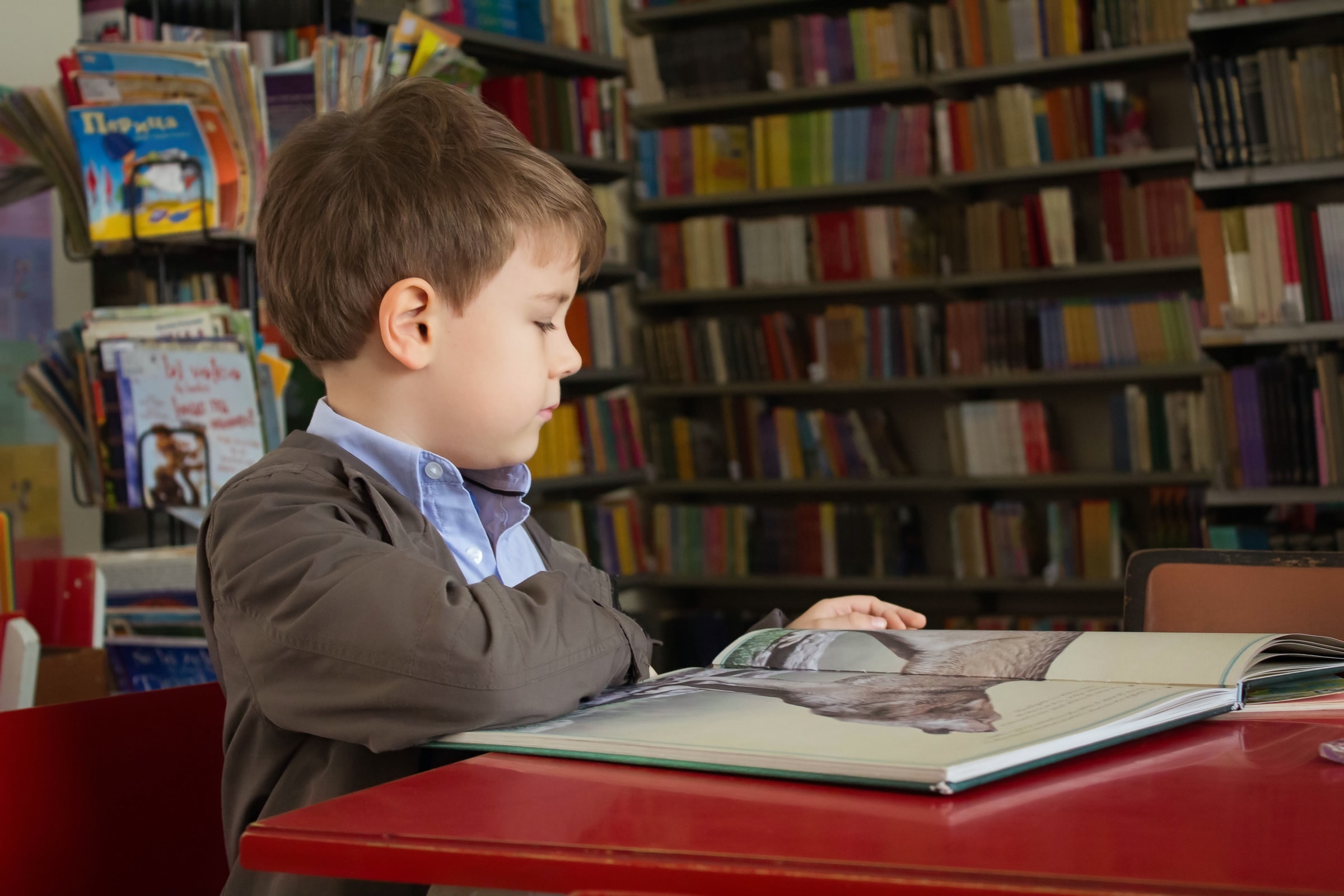 We get it – your kids sometimes talk about social media in all these weird terms and abbreviations that sounds like a whole different language! Here you’ll find a run-down of the most popular terms used in the world of the internet, and what they mean.

An avatar is a visual representation of a person for use in digital contexts. It’s usually a computer-generated image, such as a bitmoji. On social media, the term “avatar” also refers to your profile picture—the image that represents you on the platform.

Your bio, short for biographaphy, is the section of any digital profile that tells new or prospective followers who you are. All social platforms offer space to write a bio. It’s the first thing users see when they discover your profile.

A bitmoji is a customized avatar that can be added to Gmail, Messenger, Slack, and social media networks. The bitmoji app allows you to create this cartoon representation of yourself, then create different versions of the avatar in different situations. In addition to using your bitmoji as a profile picture, you can use it to create custom messages to share in messaging and social apps. Bitmoji is owned by Snap, the parent company of Snapchat, and is well integrated with the Snapchat app.

When you block someone on social media, you prevent them from seeing your posts on that social network. Blocked users will also be unable to follow you, message you, or tag you in photos. However, keep in mind that it’s possible even for blocked users to see content you’ve posted publicly. Use the privacy setting on each social network for better control over who sees each of your posts.

The word “blogger” simply means a person who writes and publishes a blog. Many high-profile bloggers are categorized as influencers, since their content reaches a large number of people.

A chat is an online conversation with one or more people. Whether one-on-one or in a group, chats are usually private and text-based, although they may incorporate GIFS, photos, and even audio recordings. Common chat platforms include WhatsApp and Facebook Messenger.

A check-in is a way of location tagging a social media post to indicate where the user is, or where the content in the post was created. It’s a way of showing followers that you have physically visited a geographical location or event.

Clickbait is web content with a misleading or sensationalist headline designed to get readers to click through to the full story, which is generally a disappointment. Clickbait’s goal is usually to generate pageviews and advertising revenue. All social networks have taken a stance against clickbait, and algorithms are designed not to surface clickbait posts.

A comment is a form of engagement in which a user replies to your social media post. Comments can offer praise, ask a question, express disagreement, and otherwise contribute to the online conversation about your social content. Comments can include text, hashtags, @ mentions, and emojis.

A direct message (DM) is a private message sent through a social platform. By default, DMs from non-followers are blocked or filtered into a secondary inbox.

Emojis are a set of tiny graphics used in digital channels from text messages to social media. They evolved from emoticons (such as the smiley face) made using characters on the standard keyboard. Emojis first appeared in the late 1990s. In 2010, the Unicode Consortium approved Google’s proposal to standardize emoji characters. iOS and Android both have built-in emoji keyboards.

A feed is an updated list of all the new content posted by the accounts a user follows on social media. Rather than being purely chronological, most social media feeds are controlled by an algorithm.

A filter is a photo effect that can be applied to images before publishing them, from simple black-and-white or sepia to flower crowns and puppy ears. Filters are available on Instagram, Snapchat, Facebook Messenger, and many other apps with camera integrations.

Followers are people who have liked (or “followed”) your accounts on social media.

A friend is a person that you connect with on Facebook. Unlike a fan or follower, a friend is a two-way connection—both you and your friend have to endorse the relationship. Facebook business pages cannot have “friends,” only fans or followers.

GIF is an acronym for Graphics Interchange Format, a file format that supports both static and animated images. GIFs rose to popularity as a way to react on social media without words.

A group is an online community within a social network. Groups can be public or private. Within a group, community members with a common interest can share information and discuss relevant topics.

A hashtag is a word or phrase preceded by the “#” sign. Hashtags are used on social media to tag posts as part of a larger conversation (such as #HootChat) or topic (such as #Superbowl). Clicking a hashtag reveals the latest posts that include the tag. Hashtags are searchable, and serve a similar role to keywords.

An influencer is a social media user with a significant audience who can drive awareness about a trend, topic, company, or product.

Influencer marketing is a strategy involving collaboration with an influential person on social media (an “influencer”) to promote a product, service, or campaign.

Lens is the term used on Snapchat to identify augmented reality face filters. Anyone can create a custom lens through the Snapchat Lens Studio.

A live stream is a real-time video shared over the Internet. Most social networks now offer live streaming options that include the possibility to interact with viewers, who can submit written comments and questions throughout the broadcast.

An online meme is a joke or comment made for sharing on social networks. It usually appears in the form of a graphic or GIF with text above the image or superimposed.

A mention is the act of tagging a user in a social media message. Sometimes called @ mentions, these usually trigger a notification for that user.

Mute is a social media feature that allows you to edit users out of your feed without unfollowing or unfriending them. They still see that you are connected, and you can still interact, but you don’t see any of their activity in your timeline.

News feed is the Facebook term for the screen that shows all the latest updates posted by people the user follows. On other social networks, this is simply called the feed.

A notification is a message or alert indicating new social media activity. For example, if somebody Likes one of your Instagram photos, you can receive a notification on your phone that lets you know.

A post refers to any social media status update, photo, or video, or an item shared on a blog or forum.

A private social account or group is one that is shielded from public view. While the basics of the account or group, like profile picture and name, are visible to anyone, the content shared is accessible only for approved followers.

Reply is a social media function that allows you to respond publicly to another user’s comment, creating a comment thread. On Twitter, you reply by clicking the comment icon under a particular Tweet. On other social networks, you’ll find a button or link marked Reply.

A selfie is a self-portrait photograph, usually taken with the front camera on a smartphone and shared on social media sites.

Snap is the company that owns Snapchat, the photo- and video-messaging app launched in 2011. Each post on Snapchat is also called a Snap. Users can add filters, text, drawings, or emoji to their content before sending it. Direct messages last only up to 10 seconds before they disappear forever and are erased from the company’s servers. Snap Stories allow users to share replayable Snaps for up to 24 hours.

Spam is unnecessary, unwanted, or repetitive content that clogs inboxes and clutters social media feeds. The term “spam” has been used to refer to junk messages since the earliest days of the Internet.

Stickers are a feature of stories formats like Snapchat and Instagram Stories. They allow users to add extra information to a post, like a hashtag or location. Some stickers offer interactive features such as questions and polls.

A tag is a keyword added to a social media post to categorize content. You can also tag someone in a post or photo, which creates a link to their social media profile and associates them with the content. Users have the option to remove unwanted tags from their profile.

A trending topic or hashtag is one that is popular on social media at a given moment. Trends are highlighted by social networks such as Twitter and Facebook to encourage discussion and engagement among their users.

A troll is a social media user who makes deliberately offensive or annoying postings with the sole aim of provoking other users.

To unfollow someone is to unsubscribe from their social media account. If you would prefer to maintain the social connection but don’t want to see their posts, you can mute them instead.

URL is short for Uniform Resource Locator. It means the address of a website page or other resource on the Internet. URLs can contain codes called UTMs that help with tracking and analytics.

To be verified on social media means that you have proven your identity to the social media platform provider and gained a verified label in return, usually in the form of a checkmark. This is usually reserved for brands, journalists, and other public figures as a way of preventing fraud and protecting the integrity of the person or organization behind the account.

To go viral on social media is to have a particular post bring in an unusually large number of engagements. An exceptional number of shares is the clearest sign of going viral, as your post spreads across the internet like a virus.

Vlogging is a combination of the words “video” and “blogging.” It means to create and post video blog content. Someone who vlogs is known as a vlogger.

Contact the team and become a hero. Together we can make the online environment a safer, better place for digital explorers in schools and across communities.